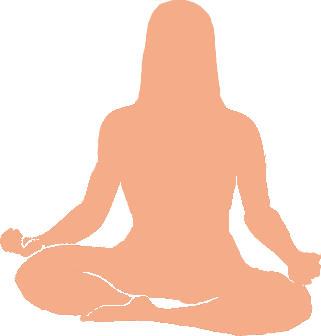 A student was trying to cure her bad habit of biting fingernails. She was an excellent practitioner of sitting meditation and quickly surpassed her roshi in all but the comprehension of apparent contradictions. Her roshi, an old, fat woman, advised her on the issue of nail-biting to simply have more self-discipline.

The student looked at her fat roshi.

"The self-discipline I've got should be enough," she said.

"Everyone has some self-discipline.  It is like breathing." The roshi nodded to herself. "That lets you know how important it is. Everyone breathes well enough when doing things to which they have become accustomed. For instance, I'll bet you breathe quite well even after a long run."

"Of course," said the student.

"That wouldn't be true for me," said the roshi. "I'm not used to running. But I am accustomed to self-denial and self-discipline. I wonder if you're as good as you think. Are you thirsty?"

"Not really. A little." The student shrugged.

"We have an hour lesson." The instructor set her bottle of water in front of her student. "Sit next to this water for an hour.  But don't drink any."

Before the hour was finished, the student grabbed the bottle, uncapped it, and took a drink.

"The time is not yet," chided the roshi.

"Isn't it?" The student looked at the nearby clock. Her shoulders slumped.  "I thought it was. Anyway, that was kind of hard, having the water sit here in front of me. It made me thirsty right away."

"You're really out of shape," said the roshi.

A reporter went to interview a man who was widely known to be successful in multiple disciplines - as a banker, as a philosophy teacher, and as a painter.

"Were you talented in school?" the reporter asked him.

The reporter crossed our her next prepared question. After resting a moment with her pencil against her chin, she skipped halfway down her list.

"I was rejected every time. I couldn't get admitted in the usual way, so I took a menial job at a university. As part of the job, they offered me free classes. I took them and learned what I could."

"Did you get your degree in art? Or in finance?"

"I got a degree in philosophy."

"That's pretty widely regarded as useless. How did you become successful at banking?"

"At first, I was a terrible failure. You're right that I wasn't prepared. I didn't understand banks. But from my failures, I learned. Soon, I was a good assistant manager. And because I was young, I thought I could start my own bank."

"Yes. Now I've applied the same lessons to painting, which is apparently why you are here. As I said, I showed no talent as an artist. I made many bad paintings at first."

"If that's true, why did you keep on painting?"

"Art is easier than banking. You can make mistakes and still produce a worthwhile picture. I took pleasure in being allowed to do things the wrong way. I had fun with mistakes. That's why I became a better artist."

"What about this one?" The reporter turned to the wall of the studio. She pointed to a ink drawing of an apple. "It's perfect. No mistakes. All the lines are exactly right."

"That one started out as a picture of an orange." The philosopher shook his head. "Only when I realized that it had gone wrong did I add some reflections and a stem."

"The only real mistakes we make, I now believe, are in not profiting from our earlier mistakes." 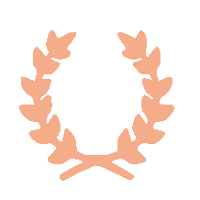 The stoic master Seneca became famous for his talks on spiritual harmony with nature. Students came from afar to hear his speeches, which he gave in his courtyard and in his orchard. Wealthy followers gave him money for the lectures.

"You are held in more esteem than any other in the city," one follower told him.

"Such is life," said the stoic. He knew there were others as worthy as he but they did not speak as well.

Late one summer, the city was overrun by a barbarian army. Thousands of citizens were killed. Many thousands more were captured and taken as slaves. They were forced to work in fields and huddle together for shelter.

"You are the lowest of the low," said their captors.

"Such is life," said Seneca. He reported for work early every morning and assisted with the harvests as ordered.

A month later, the invaders divided their forces. Soon a Roman army re-captured the fields. They unshackled the slaves, including Seneca.

"You are free!" shouted the soldiers.

The former slaves cheered, except for Seneca. Unlike the others, Seneca saw no reason to celebrate his freedom. He had never felt the weight of slavery or the fear of death.

"Thank you," he said. He calmly shook the hands of several soldiers. "What now?"

"Now we must all work in the orchards to bring in the rest of the harvest," they ordered. "It is the will of the new emperor!"

"Such is life," said the master.

Posted by Secret Hippie at 5:00 AM No comments:

A roshi and his apprentices took a job picking fruit.  Early in the day, one of the apprentices hiked through the orchard to approach the roshi.

"I feel a wholeness for which there are no words," he said.  "I want to tell everyone.  But how are we supposed to teach things that are not verbal?"

The roshi handed his heavy basket to the apprentice.

"How can we express such complete joy as I feel?" continued the student.  He seemed oblivious to the basket.

The roshi held an apple in his hand.  He bit into it.

"Or lead others to this sublime feeling?"

The master turned the apple in his hand.  He put it to the mouth of his apprentice and nodded to encourage the young man.  The apprentice bit down.  Juice dribbled onto his chin.  He chewed and, without knowing the reason, laughed.

A group of athletes played basketball together every day at the same time.  They invited a new player, a student of religion, and he quickly learned the game. His interest in religion became a matter of discussion after the games, off the court.

"It all sounds crazy to me," said a big man after he wiped his face with a towel.  "What is sacred to you?"

The student of looked around.  After a moment, he noticed what he was holding in his hands.

"This basketball is sacred," he answered.

"How?"  The big man laughed and reached for his drink.

"It is connected to everything."  He spun the basketball in his hands.  "It is part of the flow of the universe.  We can't exist without it.  All parts of the universe are necessary.  Everything is as it should be."

"Then is everything sacred?" the big man asked sourly.  "Is the basketball as sacred as the chalice at my church?  As my minister?  As my wife or my kids?  As your teachers?"

"Nothing is sacred," answered the student.