A town held contests for many talents in their theatre, among them singing, dancing, and playing music. A local actor won them all. It became a matter of gossip in the town. When the contest judges heard that the actor was studying towards enlightenment once a week on Mondays at a local temple, they decided that a wisdom contest was in order.

The contest board invited many of the local religious leaders to compete against one another. All refused. But the actor, wishing to lend some of his fame to his master, begged him to join in the competition so that an audience could see the difference between fake wisdom and the real thing.

On the night of the performance, the actor, pretending to be wise, gave the audience a stirring speech. To his secret glee, he had copied the speech word for word from his instructor. The crowd applauded wildly. Now they will see the real thing, thought the actor.

When it was the master's turn to come on stage, the small man stood in silence for a moment. He closed his eyes and held still. A little girl in the front row began to cry. After a second or two, the master knelt to the girl and handed over his prayer wheel. She began twirling it. She stopped fussing and her parents nodded in gratitude.

Satisfied by this lesson, the master left the stage. But the audience was angered by his abrupt departure. They voted unanimously for the performance of the actor instead. In back of the stage, as he witnessed the voting, the actor turned to his master in tears.

"Why are they applauding me?" he wondered, aghast. "I'm a fake. And they know I'm a fake."

The master embraced him for a moment.

A young mother sat in the grass outside her guru's studio. She had brought her infant son, who was of an age to walk. As a consequence, when he awoke from his nap during the tutoring session, he proceeded to crawl to the nearest iron railing and pull himself upright.

He wobbled and nearly fell over onto the sidewalk. The guru, having dashed over in her blue robes, saved him. She was not upset with the mother for bringing her child but she reproached her for failing to pay attention.

"But I was practicing my sitting," the mother protested. "I was feeling my breath. You told me to practice 'non action.'"

"Non action is not inaction," explained the guru. "It is not natural for a mother to watch her child in danger and do nothing."

"What is natural, then?"

"I read that De meant the 'true nature' of a thing."

"It is the opposite of learned, artificial, and often incorrect knowledge. It is the part of life that is not formally learned."

"Is De what we call instinct?"

The guru sighed. She let the infant boy go crawl in the grass.

"Lao Tse lived long ago and he used language differently than we do now. Perhaps what you call instinct is a small part of De. To know your De, you must let go of book learning. See the world not as it should be in those books but as it really is. Don't act on what you think is true. Instead, practice non action."

"You mean, don't act?" said the student as she watched her son try to climb up at concrete step at the end of the sidewalk in front of the studio.

"And don't 'not act,'" said the guru as she stepped forward. She rolled up the sleeves of her robe, put out her hands, and caught the child as it fell backwards.

Not Zen 5: What Is Expected 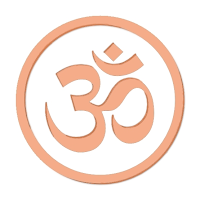 "Take nothing for granted," said the leader. "My feet seem to carry me and yet I do not expect to come to the end of this farmer's field. If you can live without the barest of expectations, every step becomes a delight of newness and every sight a formless wonder to the eye. This is the ever-present awe that must be achieved."

Behind the spiritual leader trailed four followers and the farmer who had fed and housed them the night before.

"To me, the sounds in the air are unexpected," said one of the students. "I am in wonder that they take form in my ears."

"Very fine," the master encouraged. "That is a good start."

"I have no expectations for the bags we carry," said another. "My memory is that the farmer filled them with food. But what is memory, I wonder? Perhaps we shall open the bags and find twenty cats."

"Yes, fair enough. Memory is an illusion." The master nodded as he walked.

"I wonder if there is another side to the front of that tree," ventured a third student. He pointed to a willow near the end of the farmer's field.

"Even better!" the master exclaimed.

"I wonder if there is a brain in any of your heads," grumbled the farmer.

Posted by Secret Hippie at 5:00 AM No comments: 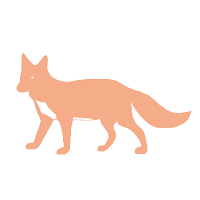 A hunter devised and placed carnivore traps to please his neighboring farmers. In these traps, a predator might crawl in but could not turn around. The only possible escape would be through a tiny door on the top, wired shut.

It happened that a fox cub wandered into one such trap, lured by the bait of a dead rabbit. After it ate what it could, the cub realized that it was too big to get out and it howled. Nearby, a bobcat crept into a similar trap and it protested mightily.

Led by the crying sounds, the cub's mother found them. She studied her cub's trap until she saw a way to effect a rescue. She set her teeth to the wired door hinge. It cut her gums as she chewed through it. The door at the top of the trap dropped open. Unfortunately, her cub could not climb up. She strode into the trap herself, lifted her cub, and pushed it out of the trap.

"Thank you, mother," said the cub when it had calmed. "Can you get out?"

"Trapped!" howled the bobcat nearby. "The hunter will come and kill us."

"Now I am caught, yes." There was not enough room for the vixen to turn so she lay down where she was. Her cub rubbed his nose against hers through the trap bars.

The bobcat continued to bemoan its fate. The fox was calm.

"I knew this was a trap," she said to her cub. "Because of my desires, I walked into it. Now I can't escape. But can I claim to be surprised? No. So it's better that I contemplate how wonderful life has been to me so far. I would like to spend some time, before the hunter comes, in peace with my cub rather than torment myself with regrets like that bobcat. Life ends soon enough. Let's appreciate it while we're able."

Posted by Secret Hippie at 8:30 AM No comments: