The owner of a small restaurant promoted a young waiter to be her assistant manager. The more senior staff were angered. The young man's parents were at first overjoyed but soon became anxious.

Day after day, the assistant manager worked in the worst circumstances. The owner had him calm down the drunks who were cut off at the bar. She had the young man resolve arguments among the staff, many of whom were jealous of the man's position. The staff called on him to deal with customers who were upset with the quality of their food or their service.

The young man was not upset with these chores but his parents grew agitated.

"They're taking advantage of you," said his mother one night.

"Every job does that," replied the son.

"But you get all the hard cases."

"Don't worry, mom. It's my job to sort out the troubles so that's what I'll do."

The parents knew that their boy loved peace and harmony. They worried that the staff were out to cause him difficulties. Sometimes it seemed as if the owner disliked the young man because she put him into the most awkward situations. But the young man said no, he was pretty sure his boss liked him. Why else would she have promoted him?

Finally, at a holiday party for the restaurant staff, the mother confronted the restaurant owner and asked her why she kept giving her son the worst assignments.

"He's really a caring, gentle young man," the mother explained. "He meditates by himself in his room. He's practically a hippie. Don't you understand that he wants to wants to live a peaceful life?"

"We all want that, ma'am," said the owner. "But your son achieves it."

A woman who had recently moved to a new town visited the local knitting circle. In an upstairs room, the works of the many knitters were laid out on furniture – sweaters, scarves, socks, and other clothes, some of them finished, some not. As the new woman passed by a complicated sweater, she make a sad, clucking noise at it and shook her head.

"You don't like it?" said the woman who had knitted the sweater.

"Oh, it's beautiful."  She pointed to a section of the weave she'd noticed. "It's just that someone used a knit stitch here instead of a purl. It should have been a purl to keep it regular."

"Nonsense." The woman set down the piece she was working on and strode to the sweater to inspect it. A friend joined her. Soon, a small committee had gathered to inspect the work. They counted stitches in the pattern and agreed that, yes, one stitch was wrong.

"That's not easy to notice even when you're really looking hard," said the knitter. "How did you see it right away?"

"I had a relaxed mind," said the newcomer. She had taken a seat and a barn of yarn. "It's not easy for me to spot flaws by searching from stitch to stitch. I have to take a fresh look. When I have no preconceived notions of how things should be done, my mind adjusts to the form the piece wants to take."

"And then you spot the flaws?"

"I don't spot them. They announce themselves."

Not Zen 31: Not Enough Power 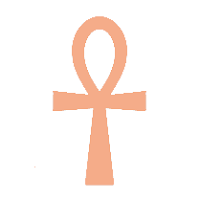 There was a bull hippopotamus known along his stretch of river for being gentle. Other bulls killed their rivals in defense of their territory. He never did. He was so large and strong, he was able to drive other males away without crippling them. He never slew any of the male children from his herd as other bulls did. He rarely raised his voice, not even to the egrets who picked at the wounds on his back.

He never exhibited a temper when defending the females and calves. His stretch of river became a haven for peaceful animals. They knew that if they kept a respectful distance from the herd, the bull would not object and they could drink in peace.

One day, a pair of crocodiles slipped into the river and swam towards a hippo calf. The bull, alarmed, charged the two hunters. They turned to fight.

The bull crushed the smaller crocodile between its jaws. He expected the other crocodile to flee but instead it redoubled its efforts. Every time it rushed for the calf, the bull moved to block it. Finally, next to the shore, the bull hippo rolled over on the great crocodile, pinned it, broke its jaws, and tore at it until it was dead.

When the fight was over, none of the usual birds came to clean the bull although he had many wounds that needed tending. The bull called for them. A female, too, asked for the birds to come. The gazelles on the shore told the birds to go help. But no bird would do it. They were afraid. They had not seen the bull kill in so many years, they had forgotten what a dangerous animal he was. Now it was fresh in their minds. The bodies of the two crocodiles lay broken in the water.

The storks told the egrets to go. The egrets asked the sandpipers. Finally, a single sandpiper volunteered to fly out to the bull. It landed on the edge of the water but did not approach the great beast.

"Why are you afraid?" the hippo asked. "Have I done wrong?"

"You have torn your enemies asunder," said the sandpiper. "You are mighty. We are nervous. You may notice that the gazelles and foxes have told us to go to you but they will not come down the hill to drink."

"Yesterday, you sang my praises. Nothing has changed."

"Hasn't it?" asked the bird. "That is the question for the rest of us. You have always been the greatest power on the river. But you never used your power to kill. You were always gentle."

"I didn't kill those crocodiles because I was powerful!" protested the hippo. "If I could have turned them aside without hurting them and without letting a calf be taken, I would have done it. But they would not turn away. I had to kill them because I didn't have enough power to stop them in any other way."

The sandpiper turned to make sure its flock was watching. Then it fluttered onto the bull's great head and walked slowly to the middle of his back.


Posted by Secret Hippie at 5:30 AM No comments: 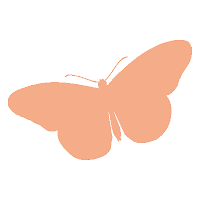 A teenaged novice loved the stillness and quiet of the folks around him studying enlightenment. However, he was dismayed to find that his pace of life was considered too fast and too noisy by other students.

"Everyone frowns at the way I move," he complained. "And I talk too quickly, so they say. I seem impatient to the others. But I'm not impatient. I just like the speed I'm at. Do I have to slow down to study?"

"Enlightenment does not have a foot speed, nor a hand speed, nor even a mouth speed," replied the old teacher. He sat against the front wall of his home.

"How about a brain speed?"

"Not even that." The teacher remained sitting while the novice paced the porch floor. "True, students of enlightenment often mistrust scholarly learning. That's because such learning can be a distraction from the process. But fulfillment can be achieved by scholars. It's possible."

"Maybe." He leaned back again. "It's not a productive question. Perhaps I am just patient, not enlightened at all. Could you tell the difference?"

They watched the cicadas on a nearby tree for a while. They watched bees circle around a flower. A butterfly floated among the other insects, unafraid. The novice hardly noticed, however, because by that time he was studying the old teacher.

"I think you are enlightened," he said. "Did it change your pace of life? Would it change me?"

"The cicada and the butterfly move at different speeds." The teacher stood and brushed his robes. "If the cicada tried to slow to the speed of a butterfly, it would fall from the sky. Before enlightenment or after, you will live at your natural speed."