Two women were sweeping an office building. One of them was new and she took pleasure in complaining about careless people who dropped their trash, left footprints, lost jewelry and other precious items, spilled their drinks, and more. Even on a good day, she complained about her sore back, her rough clothes, and the weather.

"This is a wonderful morning," responded the senior woman. She paused to lean on her broom. "We do a simple job and have time to think while we work. Enjoy it."

"Bah. This job is endless." The younger one did not need to pause. She had not been working for a long while. "It's like eating an elephant."

"As to it being endless, that's not so." The senior woman resumed her sweeping. "You just said so yourself. Eventually, there is an end to the elephant."

"But there is no end to this life of toil!"

The sweeper laughed. "Who told you that?  You don't have forever to learn to conduct yourself." 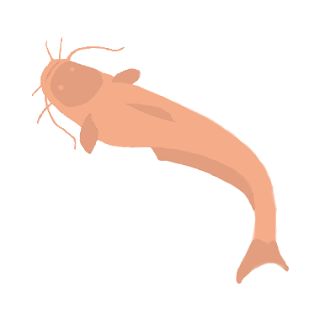 An old roshi woman was sitting by a stream, fishing. She received a visitor around noon, a girl who had problems in school.

"I don't want to be here," said the young woman.

"Then you should go." The roshi pulled her line from the stream and re-cast it.

"But I seek enlightenment. Everyone told me to come to you." The girl leaned forward hopefully. "I've read lots of books on Zen detachment. I like them."

"I see," said the roshi with a sigh. "And are you ready for enlightenment?"

"No. I'm troubled, I think. That's what everyone says. I was tortured as a child, locked in a closet."

"That's too bad. I suppose you won't become enlightened, then."

"I thought so. I've never really been successful at anything." She scowled, nearly in tears.

"I suppose you won't even try." The roshi did not seem angry or saddened. Her expression was one of acceptance.

"My parents died recently. Both of them."

"Yes, that's horrible. It's possible that you won't overcome that."

"Ma'am, maybe it's not my place to question," said the girl after a pause to consider, "but aren't you supposed to encourage me?"

"See that great fish out in the deeps of the stream?" The roshi pointed to where the brown water drifted most slowly. There was a dark silver carp near the surface. It rested in place, its fins barely moving.

"It's as long as my arm," observed the young woman.

"Yes. That is it's natural state. Imagine what you would think if you saw a fish that large floundering in the water near the shore. It would be too big for the shallows."

"I would think, what a dunce that fish is. It should dive deeper."

"But if you are afraid to try, afraid to succeed, you are like a big fish afraid to swim deep. Until you are willing to give your true effort, you will flounder. So you will not study with me. And you will not reach your potential."

"I think I understand," said the student, chastised.

A pair of scientists sat in their break room. One of them played with a puzzle toy.

"I enjoy these little enigmas," she said. "You'd think I'd be tired but, actually, I enjoy working to my best capacity. What is it in me that makes me seek out complex games? I like Daoism but everyone says that a busy, full life is antithetical to the Dao. I try to stay busy but I still enjoy the Dao."

"It's true that some people say a busy life goes against the Dao." Her friend peeled his orange. "But isn't the Dao itself more complex than it's usually portrayed? It's the river of life and, as one would expect, it has calmness in its currents and it has turmoil, too. It's difficult and it's simple."

"Is that supposed to be a paradox?"

"No," he replied. He tossed orange peels in the trash. "It's only supposed to sound like one. I think you've noticed an important question. Many religions deal with the need for simplicity. But not many pay attention to the attractions of complexity."

"Why is complexity attractive?" She put down her puzzle toy.

"Do you enjoy stretching your muscles?"

"Does it feel natural?"

He reached out for the puzzle toy. "I think stretching your mind must be natural."

A traveling scholar hiked along a dusty road on a hot, summer day. He drank heavily from his canteen. When he reached a bridge across a stream, he stopped. He tied his bags tighter and scrambled down the slope. In the shade beneath the bridge, he filled his canteen.

He rested for a few minutes. Then he rose and decided he had to relieve himself before going on. He hesitated when he saw a man approach the river from the opposite bank. The fellow appeared to be a farmhand dressed in ragged clothes. He descended to the water with a practiced gait that hardly disturbed a blade of grass.

The farmhand nodded acknowledgement to the traveler. Without hesitation or apology, he undid his pants and proceeded to take care of his bodily functions. The scholar smiled with relief and joined in. The two of them stood on opposite banks for a long moment.

The scholar broke the silence.

"You can't pee in the same river twice," he said, chuckling at his own cleverness.

The farmhand narrowed his eyes. He seemed to think about the point for a minute.

"Everyone pees in the same river," he replied.

"Why not?" said the father. He stepped over a puddle. The rain had ended but he hardly noticed the weather because he was so preoccupied. "They're my family. And they're not asking for a lot."

"Because we need the money," answered the mother. "They'll just waste it. That's the way they are. And we can't go around saving everyone. You don't make that much."

Their daughter wasn't listening to them. She had noticed the worms that had come up from the ground and covered the sidewalk.

She had been the one who'd asked to go outside, although she hadn't expected to find anything so interesting. Her father had turned from the wide, grassy path by her house onto a narrow, paved path through the park. There, she could see the earthworms that had emerged from the bracken on either side of the path.

"Yuck!" said the father as he stepped around the first cluster of worms.

The girl stopped. She let go of her mother's hand. She crouched down to touch a puddle.

"Look at how many!" she exclaimed.

"It's just rained, honey," her mother replied. "This is what happens."

"Don't be ridiculous." Her mother didn't look down. She followed her husband along the path. "Why save one worm? There are thousands."

"Can we save thousands?" the girl said eagerly.

"No." Her mother turned back to give her a stern glare. "We don't have time."

"Then I want to save this worm," she asserted. Before her mother could protest, she scooped it up.

"You're worse than your father!" her mother exclaimed.

The girl set down her rescued worm in a dry spot. Then she rushed to catch up.