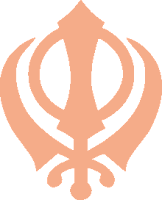 Two monkeys walked out of the forest.  They scrambled up the side of a cliff in search of insects, worms, and other food.  Halfway up the north face of the cliff, they noticed an overhang above.  As they squinted at it, they could make out part of a small kanju tree that had grown in a soil deposit on the rocky slope.

"We can't reach the tree," said the larger monkey.

His smaller friend shook his head.  He hadn't even imagined trying.

As they dug for worms in the patches of moss, a gust shook the high tree above.  An kanju fruit fell past them.  It landed near, bounced, rolled, and when it reach a spot fifty feet below them, fell over the sheerest part of the cliff.  It tumbled in the air for a hundred feet and burst open on the forest floor.

"That kanju mush could have been ours if we'd stayed in the forest," said the smaller monkey.

"But don't you see?" screamed the larger one.  "If the wind blows again, we can catch those kanjus!"

"The wind is rising," said the smaller monkey.  "I think we will get the chance."

"There will be a storm.  And when it shakes the tree, oh, the fruit I will catch!  I'll grab a kanju with each hand.  I'll grab one with my mouth!"

"I don't think I can do that," said the smaller one.  "Maybe I could catch one if it came my way."

"You pitiful fool!" screeched his companion.  "I will catch many fruits, not just one.  I will catch them with my tail, too.  I'll make a stack of them.  I'll get them all."

A storm cloud blew over the top of the cliff.  The entire north face of the mountain shuddered under the gale.  The tree above them shook.  A dozen ripe kanjus fell.

The older monkey screeched and flailed.  He scrambled for all that he could but, instead of catching one, he missed them all.  He even missed a kanju that hit him on the side of the head.  As a result, he lost his footing on the ledge.  He tumbled down the side of the cliff, rolling over and over until he caught himself just before he would have fallen through the air down to the forest floor.  If he had not stopped, he would have been split open like one of the kanju fruits.

"Are you okay?" asked the smaller monkey after a while.

"I missed," said his friend after he caught his breath.

"Not a single kanju?"

The larger monkey lay in silence for a while, bruised and defeated.  After a while, he noticed a crunching noise above.

"What are you eating up there?" he asked.

"My kanju," said the smaller monkey.