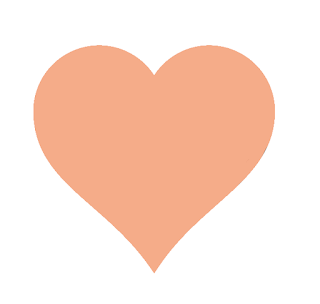 A Word to Our Users

from All Powerful Software Products

The Newest Release of LoveTM

Love 1.0: By today's hardware standards, there were many deficiencies in the first release of Love, a product designed entirely with the New Parent market in mind.  It was a strong, basic operating system -- completely adequate for its time -- but it has grown tremendously since.  It should be noted that Love's basic foundation was solid, as has been proven over many years and billions of customers.

Love 1.1: Several features were added due to early consumer demand.  These included Love for Pre-Adolescents, Love for Seniors, Love for Siblings, and Love for In-Laws and Other Relations.

Love 1.2: Due to complaints from users with special, problem In-Laws, patches were added to the 1.1 version code in attempt to fix the unsatisfactory situation.

Love 1.4:  Love for Pets was introduced and became an instant hit.  This popular feature has been carried forward in all releases.  Further patches to the In-Laws code were also issued.

Love 2.0: Critics applauded the new, friendlier interface for Love, which divided the program into five sections: Agape, Eros, Narcissus, Familia, and Platonia.  Users found it easier to get all sorts of Love.  This was the version which made the product a household word.  There were, however, system crashes caused by certain users attempting to make the product achieve things the designers did not anticipate.

Love 2.02: Patches to the 2.0 code were installed to prevent  affection crashes under unusual circumstances.

Love 2.03: An Arranged-Marriage module was added.  Love for Pre-Adolescents was extended to cover adolescents.

Love 2.1: A same-sex "lifelong" feature was added.  The In-Laws section was re-coded and renamed the Extended Familia module.

Love 2.3: This release was issued by mistake.  (The version number is unofficial.)  A tool in it featured several programmer shortcuts which, when abused by inexperienced Lovers, often resulted in complete affection destruction.  It was briefly popular.  Pirate copies of this version still exist.

Love 3.0: Single parents greeted this release with joy at the new Step Parents feature in Agape.  This module (still recognized as superbly written, despite competitors' attempts to offer alternative arrangements in the same market) is in use in its original form in the most recent release.  Unfortunately, this particular Love sold poorly and had to be pulled from circulation due to difficulties in the interface.

Love 3.1: Errors in interface design were fixed in response to customer complaints.  A move toward standardization of the hardware situation (in Europe, Asia, Africa, Australia, and the Americas) made stable code seem within reach to our programmers.  The drive toward "perfect" code started.

Love 3.2: A safety feature was added to prevent Lovers from disfiguring themselves (a common occurrence with affection engines at the time).  Additional safety features are now available in Love but no product can be perfectly safe.  Caution with affections is always advised.

Love 3.3: Despite some inadequacies with respect to modern hardware, this version of Love has proven very robust; it was the result of the attempt (now recognized as impossible) to create perfect code.  In fact, 3.3 is still in use in many regions of the globe.  This was the most popular release of Love, partly due to pirate copies.  All of the main features for which Love is famous are present in 3.3, though some special tasks may prove unreasonably difficult to achieve.  Upgrade from this version is strongly recommended.

Love 4.0: The evolution of the user environment prompted an entirely new look at the Love operating system.  Hardware began to last longer and require more intricate management.  The Eros and Familia sections had to be modified.  Twenty-three new modules were added in an attempt to supply Love to "expandable" systems designed to stand the tests of time.  The overall package was revolutionary.  Unfortunately, some copies (no one knows how many) of 4.0 were released with a virus.

Love 4.01: A patch was added in the form of basic virus-protection.  This protection, it should be noted, is now regarded as inadequate in today's volatile environment.  All Powerful corporation urges users to upgrade or to buy third-party protection if they intend to continue running any outdated release.

Love 4.1: The Extended Familia feature was disabled.  A Distance Relationship package was offered in its place.  (Mapping functions and travel recommendations were included.)

Love 4.4: A special War-Time Love edition.  Very rare.  Included are all the familiar Love features but the sum total was repackaged and offered to service families at a lower price.  One notable change was the Distance Relationship module, which was expanded to include all possible permutations at the time (a feat made possible by the brilliance and dedication of war-time programmers and engineers).  Distance Relationships are still an important affection market and Love is still its overriding provider.

Love 5.0: This is one of a handful of versions considered to be “classic.”  It is very stable in most of its features.  The new, completely-revised In-Law module, however, failed under certain hardware configurations.

Love 5.03: This is the free upgrade version distributed to purchasers of Love 5.0.  Special handlers in the In-Law module prevent most crashes.  Some of the code in this section works slowly.  Users are advised to be patient with In-Laws.

Love 5.5: In this edition, a special Commuter module was added to the Distance Relationship package.  Contrary to popular rumor, this module was not 'stolen' from the Traveling Salesman package offered by a rival company.  (Note: the company in question is no longer in existence.  Love has acquired the Traveling Salesperson responsibility.)

Love 6.0: With changes in hardware becoming more frequent, Love stepped up to the speed challenge.

Love 6.1: Special Love Compression software arrived.  With heart space at a premium, code reduction schemes allowed for the queuing and unpacking of various emotions necessary to run the new, more-complete In-Laws module.  The lack of necessary affection channels in most hardware kept these modules from being practical before.

Love 6.2: Due to lawsuits involving the Love Compression engine, this version shipped without it.  The In-Law module available in 6.1 continued to be offered but with a special disclaimer in the setup program as to the extra space needed to house the unpacked code.

Love 99: This release presented a radical change from previous versions.  Lovers benefited from a smoother interface.  Allegations arose that the look and feel were unfairly similar to the Adore (now iAdore) package.  Fortunately, court decisions sided with the Love designers.  The All Powerful interface to emotions continued to grow.

Love XL: A new generation of lovers required extra large devotion with additional features.  As a bonus, the Love XL package came with the ability to troll for compliments at leading social sites like MyPassion.

Love Visa: Designers allowed for an improvement in touch interface.  However, this version did not perform well with the newest generation of hardware.  In this release, the company lost market share to iAdore.

Love 7.0: This release achieved “classic” status in the opinions of many reviewers.  The new Love Expander module competed strongly with iAdore and won back market share.  Thanks to a more efficient Nepotism affection engine, the In-Laws module cemented its hold in business relationships.

Love 8.0: In the era during which MyPassion gave way to LikeFace and gSpot, Love concentrated on reaching out via phones.

Love 8.1: Improvements arrived to Love telecommunications.  Many of those found their way into traditional Love hardware.  Popular business apps like Quickie and LinkedUp stimulated offices around the globe.  Games like HeartRace and Lovey Birds made everyone's pulse beat faster.  The developers made antivirus protection part of the standard Love feature set. 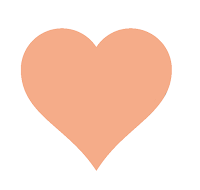 And now, announcing …
Love 10: Love is in the air!
with LoveCloud

As demanded by our business customers and as a free add-on feature for our single Lovers (with a small monthly maintenance charge), a new wave of technology is here: LoveCloud!  With LoveCloud, your affections can be shared more widely and more securely, too.  You'll want to use LoveCloud in business, while you travel, and right at home where you do most of your Loving!  It's destined to become another classic.

Note: You may have heard of an open source product called FreeLove, originally produced by a former employee of ours using many modules of our original code.  This hobbyist product is under dispute and it is not covered under All Powerful terms of use.  It is strictly an imitation.  You should be warned there have been complaints about the FreeLove line of affections.  FreeLove has many design flaws and bugs in implementation.  Of course, it is free and you may think it is a good bargain until it ruins some important relationship.  Remember that you end up paying for what you get and that sometimes you get precisely what you've paid for.
Posted by Secret Hippie at 5:30 AM