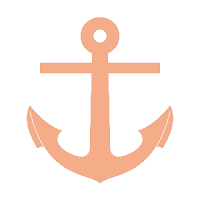 A group of fishermen cast their widest net into the deeps of the river. It had been a poor fishing season all summer, so when they began to pull up the net, they got excited. From the weight and tug of the strands, they could tell they had made their finest catch.

However, when they began to haul the catch on board, they were disappointed to find that most of the weight was due to loose rocks. A recent flood had changed the river bottom so their cast had gone too deep.

In their disappointment the crew began to heave the debris overboard. Men began to kick and curse at everything they saw. The captain scrambled down from his perch to make sure they didn't throw out hooks or ropes or other needed equipment by mistake.

As he knelt to help with the stones, he lifted one and found that it was a mud-covered silver vase. It had been dented by rocks but it was still recognizable.

"Stop! Stop!" he shouted. He raised the silver vessel high. "Are you blind? Stop!"

The men did not listen. The captain saw his crew toss away pieces of fine copper and stoneware, former tools and luxury items that must have come from a wrecked ship now at the bottom of the river. The captain tackled the biggest man.

"Stop!" he shouted again. He shook the fisherman's hand, which held a mud-filled copper pot. "Look at what you're doing."

Finally, the men turned to their leader.

"You didn't get what you expected," he continued. "But don't let your disappointment make you throw away the fortune you hold in your hands."

Posted by Secret Hippie at 6:00 PM