Not Zen 38: The Giving Limit 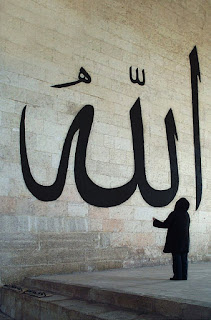 A doctor in a large city decided to take some cases for no money. At the end of each day, she set two hours aside for her charity work. Many poor people came to take advantage of her gift. Many people who were not poor came as well.

Since the doctor had no way of knowing who lived in poverty and who did not, she was forced to serve everyone. Soon she had more free cases than she could treat in her allotted time. She began to turn customers away, taking patients in order of physical need but leaving many untreated.

One of the customers was a vagrant man who had once been a monk. Although he had a deep sore on his arm, he let others go before him lest they be turned away. For two days, he arrived early but let others go in ahead and was not seen by the doctor. At the end of the third day, he became feverish and found himself unable to leave. The doctor was forced to treat him as her last appointment.

"Why didn't you show me this before?" she asked as she cut the dead flesh from his arm.

"You should know, since you give charity," the vagrant replied.

"Then why come to see me now?"