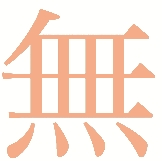 Before dawn, an elderly man hiked up the hill to a grand temple. He arrived when the front doors were closed. As the eastern sky glowed red, he was joined by a younger man. They waited until the priest noticed them and opened the temple.

They were the earliest visitors of the day and it was their first time inside. Tall, stone statues lined the front hall. Carpets with woven mandalas stretched out along the marble floor. Under the arch at the center of the temple, artists had painted a fresco of bright colors and intricate details. The younger man lifted his gaze as he followed his companion. He saw candle holders of brass, gold, and silver. He gaped at altars piled high with jade figurines, carved with love. Next to them and among them were icons made from citrine and aquamarine.

The older fellow stepped up to the raised platform at the center, where the prayer mats waited. He brushed aside the incense burners, books, and carvings that lay in his path. His companion gasped.

"Do you have something to say?" he asked.

"Of course not. You are very respectful."

"Everything I say, you hear."

"You are so reverent, so serious ..."  The old man paused. He rubbed his balding head. "I cannot see how you will ever succeed."

"You see me as above you. You see enlightenment as beyond you." He threw out his arms to either side and indicated their surroundings. "You see all this crap in the temple as worthy of reverence. It's not. Enlightenment is mundane. I'm an ordinary person. Have some contempt, damn it."

"Sheesh. Listen to you." He pounded the floor. "If the holiest person alive was here on the mat next to me, I would tell you to doubt the words coming out of his mouth."