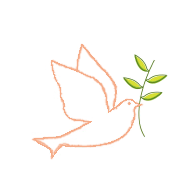 A student complained to her guru that he talked too much. She noticed that whenever he spoke, everyone fell silent, even the other teachers nearby. They all stopped to listen to her guru.

“You’re the best teacher,” she said. “But you’re intimidating to others.”

The guru remained seated on his mat. He had excellent students but he judged this one to be among his best. She’d learned a tremendous amount in a short time. He knew that he might not see many more students as adept as she. He rubbed his beard.

“Let’s say that there was a songbird who sang so beautifully that all of the other birds in the forest fell silent,” he said. “But he was a considerate songbird. He wanted others to sing. He wanted his wife to sing, too, and she didn’t like being silenced more than any other bird. So the songbird felt ashamed of his fine voice.”

“I’m not your wife,” his student said. She folded her arms.

“I don’t think birds have students. Anyway, this songbird decided to silence himself. He remained quiet so others could speak. Of course, his neighbors grew accustomed to this very quickly. They sang loudly at him, sometimes wrongly, but he did not complain. His voice grew out of shape. His voice had been important to his life and he noticed the loss of it. In the next mating season, he did not sing. His wife left him. Even then, he didn’t sing a note of complaint.”

“You think your students would leave you?”

“Why would they stay if I didn’t teach?” He closed his eyes. “For years, the bird remained silent.  He felt wise, loving, and content, so he reasoned that he had no real cause to speak. But towards the end of his life, he looked out on the forest floor and, struck by its perfection, sang a short song.”

“And did all the other birds shut up?”

“No. His voice was barely a whisper. They hardly took notice.”

“I don’t like this comparison.” The student stepped back to find a chair. “A songbird is just a bird. It sings to live. It can’t worry about other birds. They’re no more virtuous than it is.”

“I’m a teacher,” he replied. “I have a message for those who want to hear me. That is my life.”
Posted by Secret Hippie at 5:30 AM