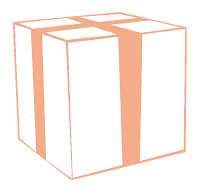 When his hair was gray and fading, a man remembered the toils of his youth. He had been poor once and now he was wealthy. His job had gotten easier in the last few years after he had hired help. He spent his afternoons sitting and contemplating his past.

After weeks of reminiscing over his struggles, he decided to return to his old neighborhood. He wanted to look up his childhood friends. When he got there, to his dismay, he discovered that his closest companions had died. The best he could do was to locate their children and grandchildren, who lived on. In remembrance of his old playmates and classmates, he resolved to help their children although they were strangers to him.

For weeks he observed their needs. All of them were poor and required better food. Some were sick and needed medicines. He made gift baskets and, without the excuse of a special occasion, went from house to house one evening and left the baskets on their doorsteps.

"What a wonderful sunrise!" he exclaimed to his wife as he woke up the next day. He threw up his arms at the prospect of visiting the homes of his friends' children and finding out how they liked what he'd left for them.

"What are these baskets doing on our front step?" asked his wife. "I thought you were going to deliver them all last night."

"But I did!" he protested. He put on a shirt and marched out to see.

As his wife had told him, there were two baskets on the doorstep. In one of them, the note he'd left had been torn to bits and the presents smashed. In the other, he found a note in response to his. The reply berated him in vulgar terms. The medicine he'd sent for this woman's sick child had been returned unopened.

"What did I do wrong?" He sat down on the floorboards of his porch. "Is receiving a gift such an injury to pride?"

"No, I thought this would work," his wife said. She pulled up a chair to join him. "You convinced me. This was a good try."

His wife had married him when he was poor. She bore his first two children in a one-room home. Although she had come to enjoy the luxuries of their current, lavish lifestyle, she enjoyed talking with him about the hard times and work they had put in over the years.

"This note to me is right," he said. He held it up for her to see. "I was presumptuous to approach my friends' children."

"A little, maybe." She cocked her head to one side and smiled at him. "But you always have been confident and generous. I remember that you did something like this when we were younger. We had just put together enough money to move us out of that neighborhood. You tried to give gifts then, remember?"

"Oh." His cheeks flushed with shame. He had tried to give food. Someone had waited until he was turned and pelted him in the back with a peach.

"People are often ashamed to get charity. Others don't think they need it. Or they think your charity stinks. It's a gift of what they don't want and so it wastes their time. Who's to say they're wrong?"

"You stopped giving charity then. Have you learned your lesson?"

"I think I have." He gave her a brave smile. "It's prideful to think that my gifts and notes are wanted."

"No. Notice the baskets that weren't returned." With a wave of her hand, she indicated the number of gifts that could have filled the porch. "The lesson is: this time don't forget those who accept your gifts."
Posted by Secret Hippie at 5:30 AM