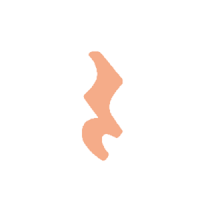 One Thursday night, a group of professional singers went to a tavern. They had just finished a practice session. After a few drinks, they proceeded to practice more by singing in harmony. The other patrons didn't mind.

The next week, the singers stopped over to the same place, drank a little, and sang a bit more. The Thursday night visit became a tradition. Sometimes the vocalists would drum in time to their songs. Sometimes the other patrons would pound on the tables, chairs, or the bar to provide accompaniment.

As the tradition grew, the performances grew rowdier and more elaborate. During well known songs, the tavern regulars would join in.

There came a point in the tradition at which patrons started coming to the bar to hear the singers. The notoriety of the performances spread through the town. Art patrons came and bought rounds of drinks. More critical folks arrived and sat in corners. Curious musicians and rival singers came to see what was happening . Often, the newcomers added to the impromptu music when it began. Even when one of the original singers grew ill and could no longer come to the tavern, his friends continued the tradition.

One night roughly two years after the tradition began, a local man invited his date to join him in the tavern. He had witnessed the gatherings several times before.

"I've been visiting on Thursdays off and on since last year," he said. "You're going to love it. The songs are rowdy but sung in elaborate harmony."

Around dinner time, three of the original singers arrived after their practice, as usual. But on this particular occasion, they'd just learned the news that their longtime friend, the one who had been sick, had died. After a drink or two, they raised their half-empty glasses and made the announcement to the rest of the patrons. There was a moment of silence.

One of the singers began to drum on his table. He cleared his throat. But when he tried to sing, nothing came out. His friends joined in the drumming. But they, too, did not sing. No words seemed to come to any of them.

Other people began to drum. The musicians and rival singers beat on their tables. The regular patrons stomped on the floor. The bartender pounded on the bar. Kitchen staff thumped on the walls. Everyone added to the sound. The entire tavern shook. Waiters had to race to catch cups and plates from falling off of shelves. It was an earthquake of rhythm. Folks who had been eating picked up their flatware, knives, and glasses to keep them from walking off their tables.

The drumming continued for longer than most people could have believed, half an hour, and ended only when the original singers raised their hands for quiet. They bowed and left.

"I'm sorry," the man said to his date once normality had been restored. "It's usually music. It's ... it's not this."

"Don't say another word," the woman replied.
Posted by Secret Hippie at 5:30 AM