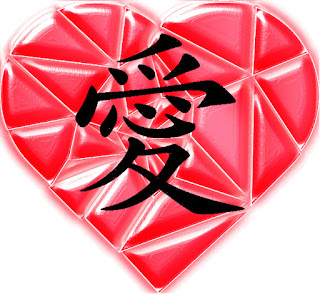 A young man left home to attend school. When he returned one evening, he declared at the door that his heart was broken and he could love no more. The family sat down to dinner. He ate enough to be polite although the stingy amounts brought comments from his mother. After the meal, he and other men of the family strolled out to the garden. They allowed a few toddlers to follow. The young man set out a stool so his grandfather could sit. He accepted none for himself. The men, as a group, talked and pulled weeds.

He spent a long while in silence. His brothers and uncles told stories and laughed. When he turned to his father, everyone hushed to listen.

"Did you love any women before our mom?" he asked his father. "Enough to marry them, I mean."

His father had been silent, too. He glanced to the assembled brothers and uncles.

"A few." He allowed himself a gentle smile.

"Did they love you back?"

"Not always." This brought a scowl to his face but a grin to one of the uncles.

"Ah." His father pulled up two more weeds. His mouth opened. But he shut it and weeded some more around his feet. "It seems to me that you loved this young woman at your school enough to marry her. But she did not love you the same."

"She didn't." The young man's fingers searched for weeds but his father had picked the ground between them clear.

"I know that there are many women who love you." His father tossed the grassy remains into the bucket next to his right foot. "I see them look at you every time you visit."

"But I do not love them the same."

"Then reach out to others or simply to anyone." The father sighed. "You will learn. You learned to speak by speaking, to study by studying, to work by working. It should come as no surprise that you learn to love by loving."

The other men had been listening. They nodded. One of the uncles grunted. But the young man's grandfather stopped weeding. He threw down the tangle of roots he'd been holding and pressed himself upright on his stool. He studied his son and grandson for a moment.

"That's reassuring advice." His gaze narrowed. "It sounds almost right. Your youngest son will get better at loving if he approaches it as something to practice. Who can doubt that? Right?"

"Right," said one of the uncles. Everyone nodded but the young man's father.

"Tell me," continued the grandfather, "how did your son learn to breathe?"

"By being born." The father raised an eyebrow.

"That's how loving happens." The old fellow turned to his grandson. "Don't fool yourself, kid. You never stopped loving your mom, your dad, this girl you're talking about, or anyone. And you're never going to."