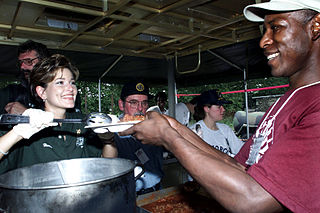 A young noblewoman left home with a few attendants and armed guards. Her family sent her in black linens, embroidered in gold, to marry the king of a neighboring country.

She found that her new home was a castle inside a fort atop an arid hill. After the marriage, her attendants left her. Alone at her bedroom window, she looked out over the smaller hills, brick houses, wooden huts, acres of dry scrub, sparse flocks of sheep, and pale fields of barley. The king held a lavish party for her, then another and another. They were all widely attended by the citizens of her town. But the queen, friendless in a strange place, grew depressed. She tried to imitate those around her who seemed happy. Those were the dancers, the drunkards, and the revelers. She forced herself to laugh. She drank. She danced. None of it helped.

"Discover how it is that I, who have so many riches, can be unhappy," she said. "Find out why others seem pleased with themselves or merry. How does anyone have a good life? I want to know."

"My queen, this is a sensible aim." The counselor was young for his post, having inherited his noble title from his father. "I will talk to the people in your court, in your city, and in your countryside. Next week at this time, I will return and tell you who is happy, who is not, and I will endeavour to understand why."

In a week and a day, he returned to the court. He sat himself on a comfortable stool below the queen, who occupied the outer chambers of her suite. She reclined on a chair of pillows that sat atop a thick layer of rugs and blankets.

"Madam, I've talked to the revelers at your parties." He clasped his knees and shook his head. "I'm sorry to report it but none of them seemed happy with their lot in life. Indeed, although they all came to celebrate your marriage, many of them were bitter to have a foreign queen."

"You are making me even sadder." The young woman put her head in her hands.

"Don't feel too bad." He rubbed his moustache. "The outwardly blissful gentlemen and ladies of the court often hide spite and melancholy. They do not seem to like themselves much, nor one another, and as a general rule they envy those who they feel are having more fun than they are."

"But the dancers are different," she asserted. She sat up straighter. "They show great joy. They smile."

"Yes, I've spoken with several dancers. You've been forcing them to teach you." The advisor sighed. "You have frustrated them by making them pretend to be happy. One of the poor girls goes to bed crying each night out of fear that she might displease the queen."

"She's really a very good girl. She tries hard. Please, let her show her sorrows if she feels the need."

"I know who that is." The queen hopped up from her pillows and rushed from the room. In the hall, she called for the dancers and plucked one from the group. She led the girl by the hand over to the advisor.

"Yes." The advisor bowed his head with a wary look.

"I'm so sorry," the queen said to her dancer. She hugged the girl and began to cry. Soon, they were both crying.

In a few minutes, they calmed themselves. The queen kept a grip on her friend's hand.

"Is no one in this world happy?" she wailed.

"I found one person," replied the counselor. "The chance meeting happened two nights ago. I checked on him in the following morning, to be sure, and during his midday meal because I could not believe it. He seemed reasonably happy each time. But he is a slave, a miner."

"Why would a slave be happy?"

"Your mine works him to death. Yet he seemed so at peace with himself that I couldn't pass him by. It wasn't my plan to visit a miner. After all, he was tired, dirty, and solemn."

The queen glanced out her window for a moment in case she could see the mine. It was hidden by the hillsides, it seemed. Her dancer friend followed her gaze.

"I thought you said he was happy," said the dancer.

"This man is at peace. I tried to convince him that he wasn't." The queen's man stood and threw up his arms. "I told him, 'The mine is dangerous. The stones fall in. The shafts are narrow. The digging is hard. Any relief from it that you feel must be an illusion.'"

The young women laughed at him. The queen nodded for him to continue.

"So he told me, 'Each night I go home to my wife and children. It's to their benefit that I work.'"

"I replied, 'I have met men with families who feel differently.'"

At this, the dancer walked to the window off of the queen's outer chamber. She stared over the fields at a distant hill. A road ran around the hill, so the queen guessed this was where the man must work.

"I asked, 'Do you search for happiness in that great task?'" He stretched his arms as if to encompass something large. Then he dropped them to his sides. "'Why would I search?' the miner replied. 'Happiness is not given to the likes of me. So I can say that I've never thought look for it. I'm satisfied by what little good I can do in the world.'"

The queen studied the hill and the pale, dusty road around it. After a moment, the counselor joined her. Together with the dancer, they looked out over the kingdom.

"Work? Children?" She put her hands on her hips. Bearing children was her foremost duty, she knew.

The counselor shook his head.

"That is for you to decide, perhaps. The only people who I have known to be happy are those who do things with a purpose."

"It changes. I think it can be almost anything." The counselor turned away from the window. He strolled back to his stool. The queen and dancer followed. "The mining slave reminded me of other people I've met, a handful of them, who are at peace with their lives. They all have a calling, a purpose larger than their selfish interests. In following their calling, each one of them looks back at the end of the day and says, 'I strove toward a good purpose.'"

The queen sat. The counselor remained standing, hands clasped behind his back. His gaze lifted to the window and the distant hill.

"For them," he continued, "and perhaps for anyone, that is enough."
Posted by Secret Hippie at 5:30 AM