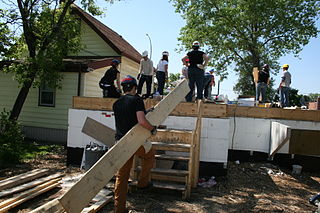 The group arrived during a storm. The individual members unpacked in haste, running from cover to cover in the dark with their belongings. Amidst laughter and expressions of frustration, they managed to find their places in the dormitories. Despite the wind, rain, and lightning, they eventually fell asleep.

The next day, one of the students woke in his bunk to discover that the masters with whom he'd hoped to speak had risen before him. They were, he guessed, hard at work in their areas of expertise.

Today was the beginning of a festival of artists and masters in spiritual discipline. However, like the other early arrivals, the young man discovered that there were no events scheduled. The festival had been delayed. He’d made plans to study everything offered. In his mind, he'd filled each moment of his calendar with an activity. But so far, most of the students and some of the organizers had yet to make it to the site. He had hours of unstructured time to himself at an isolated retreat in the mountains.

The young fellow wandered around and took note of the locations in which there would be festival classes. Next to the pavilion, he saw a bearded yoga instructor leading a sunrise session. Some in the session appeared to be novices. A student like him could join. But further on, he observed a handful of women practicing martial arts. On a grassy rise above them, two men and three women sat in meditation.

In the meadow at the top of the hill, there stood a wooden tower. It looked like a fire tower and, in fact, he found a small plaque next to the structure describing it as one. He climbed it. The gate at the top was not locked. On the platform, elbows rested against the rail, he gazed down at the masters in their various disciplines.

He could see all of the things he meant to study. There was a man burning incense next to a campfire. To the west, a pair of women pointed to the next mountain and painted watercolors of its treeline. As he stood and surveyed the area, the young man noticed that he could see all the way to the nearest town, which lay far below. The town's buildings seemed distant and humble. He sighed. After a minute, he climbed down from the tower.

He returned to his dormitory. He emptied his backpack and filled it with dish rags and freshly-laundered towels that he found in the closet next to the shower.

When he was done, he slung on the full pack and marched down the main road. As he passed one of the dormitories, he smiled to a woman with a notebook in front of her. He recognized her as one of the organizers and also as a scheduled lecturer. She sat on the porch with a peaceful expression on her face, her pencil poised above a blank page.

"What will you do today?" he asked her.

She put her pencil down for a moment. She let her hands fold into her lap.

"A parable has occurred to me," she replied. "Today, I am going to write."

A few steps away, on the wooden staircase below the porch, sat a man who the student recognized as a master of a meditation school.

"And what are you going to do today?" the student asked him.

"Parables are a waste. I'm at peace. I'm going to sit here."

The young man nodded. That choice seemed reasonable for someone devoted to the discipline.

"Since you've asked us," continued the meditation master, "I should ask, what will you do?"

"I don't know much, so it was my intent to study," he said. "But instead I'm going to walk into town. As we passed by last night, I noticed the storm had blown off the roof of a house. The family who lives there will be sorting through the damage. Probably I can help pick things up."

The student marched on. The master sat in meditation. After a moment or two, the fellow rose to his feet. He waved to the back of the departing student.