Not Even Not Zen 208.7: Aesop's Progress - NotZen Continues 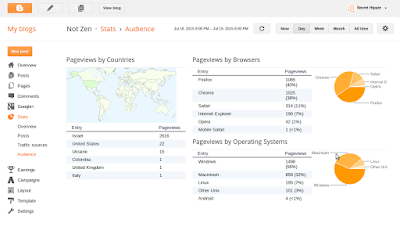 The NotZen site lives on. With no art, the lowest ad settings, and no connections to other blogs, it pretty much does everything wrong. I’m writing more slowly. Instead of producing a story every week or two, I’m coming out with less than one per month.

I’m taking time to write other things. Even so, the NotZen story ideas sometimes seem urgent or at least important. As I write, I have four finished and waiting plus I've jotted notes on others. There are times like that. Usually nowadays, the need feels less dramatic with the kids out of the house and very few folks around who want to talk about secular Buddhism. I’m trying my hand at more humorous stuff on the theory that the world could use more smiles. 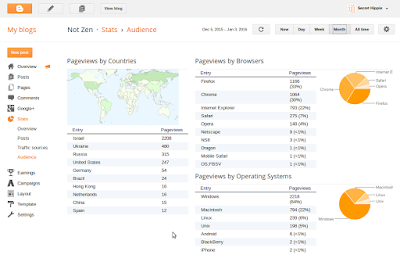 In December 2015, the U.S. readership fell to fourth for the month. I thought the U.S. would continue to decline in readers but it has climbed back up to second, generally, behind either Israel or Hong Kong. 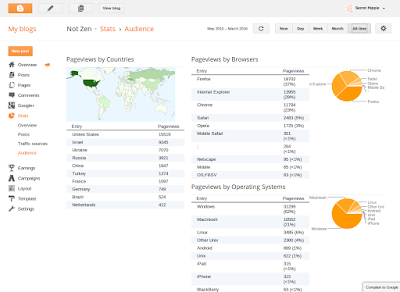 Israel, Ukraine, Russia, France, and Hong Kong have all passed China for foreign readership. Germany, United Arab Emirates, and Turkey are not far behind. Then come various European countries. In 2016, the site got roughly two to four thousand readers per story. In 2017 and 2018, the count continued to rise. In 2019, it fell, but even so there are a steady stream of readers coming in to read old stories even when a new NotZen story has not been posted.