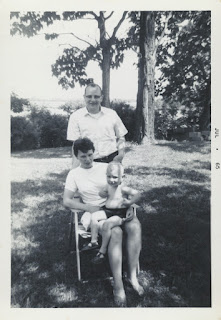 Remembrance as a Father
My father said, "Every parent has an age they're best at," and he meant it seriously. That still feels to me like a line that should be followed by a joke (e.g., "Mine is just after grad school"). If it's true, and I think it's not, he was probably his best as a parent when we were young.
He followed through with his ideas about Skinner's research. He exposed us to as many activities as he could afford and, through the virtue of community centers, that was a lot. We children took swimming lessons, wrestling, and tumbling. We played pick-up baseball games, kick the can, and tennis. He and my mother tutored us early on, in math and in reading, so that we could manage simple books in nursery school.
One evening, he passed by as I read to my mother. My mother had gotten me to enjoy Go Dog Go, Hop on Pop, Are You My Mother, Green Eggs and Ham, Yertle the Turtle, The Big Honey Hunt, and similar books. At some point in our family evening ritual, I switched from listening to my mother to reading to her. My father caught me reciting the pages before turning them. He realized that I had done a lot of memorizing and teased me about it. He made me read them backwards. But it was still a good head start that they gave. 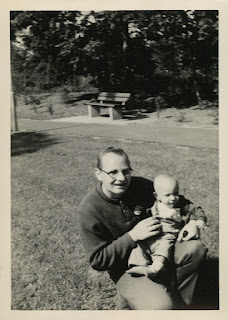 My father's ideas were good but the problems in them are paralleled in the current generation of super-parenting or tiger-parenting families. The Skinner concept of "you can train your child to do anything" is a powerful one. It works. It also highlights some human limits.
One of the consequences of over-parenting is that it removes children from solving problems on their own. It prevents them from inventing games and gives them no time for outdoor exploring. Given my father's philosophy, I grew up in a lucky time, the start of what would be called Generation X. Super-parenting at that point meant learning foreign languages or odd sports. That's what we did, not always well, and meanwhile we did normal things like chase snakes in the woods, defend ourselves from bigger kids, hunt mean dogs with pointed sticks, and crash into one another with bicycles. We also wheedled our way into neighborhood kickball and baseball games.
To my father, a campus protest at the University of Maryland over the continuation of the Vietnam War meant an inconvenience or an argument with the neighbors, many of whom supported the war. To me and my younger brother, it meant a chance to run across the field to Route 1 and beg the people in the traffic jam to play frisbee with us. They did.
It was an age of hands-off parenting. It matched well with my parents, who were teachers and very much hands-on. 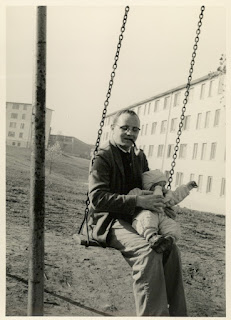