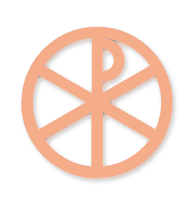 On a holiday, members of two churches arrived at a soup kitchen together. The churches sponsored the shelter and soup kitchen as a joint venture but normally they sent their members to work there on separate nights.

For a while, everyone worked well together. They divided up the cooking and administrative chores according to their skills. But their discussions ran towards religion and one evangelical member was incensed that members of the other church didn't take the bible literally.

"That's not what we believe," replied the man who was making peanut butter sandwiches. "We believe the bible is divinely inspired. That's different."

"How?" He set down the trash can he'd been carrying. "It sounds like you agree."

"The bible is perfect because God guides it."

"Perfection isn't something we achieve on Earth," said the sandwich maker sadly. He shook his head and continued, "That's the point of the second commandment."

"Back then people worshipped kings or golden statues, not books. But it still applies. Mortal men, even those who are very good, aren't perfect. They're not God. Worshipping them leads you away from God. God doesn't want you to mistake a symbol of Him for the true unknowable that is His spirit and His being."

"Are you trying to say the bible is a false idol?"

"I'm saying it's a mistake to worship the words in a book instead of the spirit behind it."