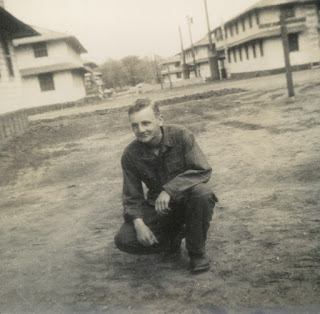 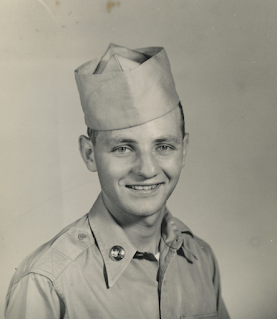 For months, my father and the other enlisted men of the 126th Signal Service Company intercepted Korean and Chinese radio communications. They transcribed them, broke the ciphers - when there were any, since both sides sometimes sent in plain text - and transmitted them in batches each night to Washington, DC.

Off shift, the squad mates played cribbage, poker, and other games for money. My father was still seventeen and although he was no longer in danger of being discharged (back in the US, his mother has signed an agreement saying that he could serve), he was rightly regarded as in need of guidance. Older men taught him to play poker well enough to win money from them. They made him play cribbage so they could win it all back.

For most of the year, the intelligence corps made steady progress. The Koreans and Chinese scrambled their codebooks but continued to use substitution ciphers that the enlisted troops or their codebreaking officers could crack. My father learned to identify each telegraph operator by her 'hand.' When the operators in China got rotated or purged, the Americans could tell. The Chinese knew it, too. Some of the women cursed, in their transmissions, about or directly at the U.S. intelligence crew.

At least once, the cursing paid off for the American side. It was a day after the Chinese had switched cipher methods. That was a laborious thing to do since it involved sending North Korean and Chinese operators new code books. It was worth it to keep the Americans from reading the messages on the same day, though. The fact that the Koreans had insisted on new ciphers meant they were planning an offensive. The Americans wanted the details. However, this time the Chinese were keeping their transmissions brief. The U.S. decoders couldn't assemble a big enough sample size to figure out the new cipher method.

"Hey, look at this one." One of the enlisted men brought his message to a decoder at the same time as my father brought his transcriptions. The other operator had written down a coded message. "This is from that woman who changed cities. She curses at us all the time. Her message is the only one that's long."

"So it's got her cursing in it," the officer sat up with a smile. This was making his day. "What does she usually say about us?"

The operator and my father described the types of curses that the Chinese telegraph operator used. In less than half an hour, the code breaker iterated through his math and employed guesses about the words used to break the new code.

"Got it! Complete with cursing!'

The commanding officer passed on his congratulations. The team had done it. They'd beaten the new codebook on their first day against it.