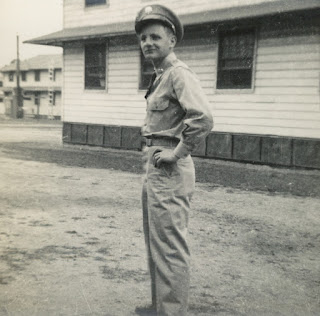 Remembrance: As a Soldier

At seventeen, my father reported to boot camp. He'd lied about his age to sign up. Naturally he feared being caught. As tough as the training and hazing was, his exhaustion faded each time he received a written summons to see a sergeant or lieutenant. Every encounter had the potential to expose his lie. He knew he could be sent to the stockade, or discharged, or both.

He finished camp. At the end, he took a series of exams that were meant to discover his potential best fit for active duty. He really had no preference but older recruits gave him lots of advice.

"Rangers parachute behind the lines. If you join them, you're as good as dead."

Most of the advice seemed well meant but he knew that sometimes it didn't apply to him. His choices would be limited. He had no connections. He might be offered a chance to change his assignment. But probably not. A lot of times, there was no wriggling out of a written command, which had to be done by soliciting another command from someone higher up. When he got his official order to report to the Army Intelligence training school in California, he shared it with his camp buddies, about a third of whom were waiting for their assignments, too. Their response was, 'What the hell is that?' No one had an opinion about whether it was a bad job or not. The travel order included a free go-anywhere train ticket.

Two days later, my father hadn't responded to the order but he received a different one, also in writing: report to the colonel in charge of his army base on the next day, noon.

My father realized there wasn't much that a colonel would want to see him about. Yelling at him for being seventeen was probably at the top of a short list.

So the next morning, as early as he could manage, my father packed up his kit. They were all the possession he had anyway. Then he hiked down to the train station. That was how he joined SIGINT. 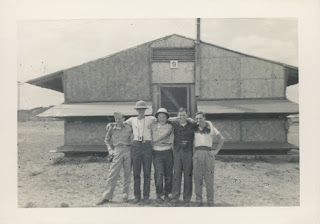 When I was six, my father said, "The army taught me Russian, then sent me to spy on the Chinese." He proceeded to say it again when I was seven, eight, and pretty much constantly for the next forty-five years. So he really meant it.

After World War II, the U.S. needed to downsize its military. That freed up money needed to re-commercialize the economy. It also meant that by the time of the Korean War, the 7th Fleet had one intelligence officer in the Far East Command. Hardly anyone in any branch of service knew Chinese, Russian, or Korean. Also, as my father pointed out, the U.S. mistakenly assumed that the Russians were controlling North Korea. They trained Robert Roberts, among their other intelligence recruits, to understand Russian communications. As soon as he started reading and decrypting the telegraph signals, my father saw that the Koreans were talking among themselves and with the Chinese. They weren't talking to the Russians. 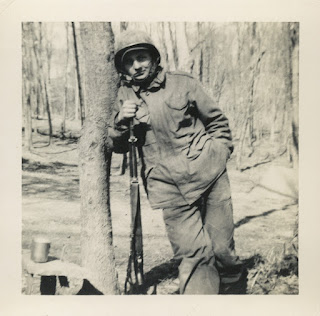 The Armed Forces Security Agency, which was the umbrella Signals Intelligence organization of the time, had no Korean linguists, no Korean language typewriters, nor did it have Korean-English dictionaries at the start of the war. By the time my father arrived, the fighting had been going on for ten months. The AFSA had repaired most of their basic deficiencies. They hadn't fixed them all, though, and they didn't understand all of their problems.

When he arrived, my father trained with the best, fastest telegraph signal reader at the intelligence base. This was a man who could not only read the Chinese signal morse code but could hold sentences or entire paragraphs of it in his head. He only wrote his transcription down when he was sure he had heard the signals correctly. My father saw him listen to an entire coded transmission, pause to think, and then write out the entire text.

"If you want to be good, you've got to do the same," the best transcriber challenged my father. "If you try to translate the message character by character, you'll never make it. You'll get thirty characters in, realize that you heard something wrong at the start, and you won't have time to go back and fix it or you'll miss the rest of the incoming message. Your intelligence won't mean anything, if you're bad. You've got to hold at least a sentence at a time. The more you can hold in your head, the better."

No one had ever caught this particular transcriber in a mistake, not even when he held an entire telegraph message in his head. My father got good but he always said with a wry smile that he never got to the top. He learned to hold a few lines of code in his head and to transcribe them well. His work got the nod first from the code breakers, then from the officer in charge.
Posted by Secret Hippie at 5:30 AM