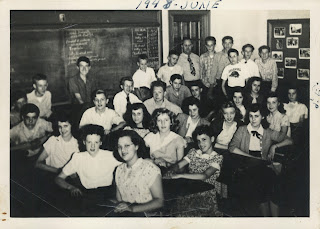 He was born as Robert Earl Gallagher in Elmira, New York, in 1934. His older sister and his younger brother were both born with different last names.

In some ways, it seems remarkable that his family registered him as Gallagher, his father's family name. For the most part, the family avoided using their Irish name and took on English names for the sake of employment. My grandma June was mostly English and she went by Light, Pond, or Roberts.

When my father was two years old, his father died. As a consequence (one of many effects, of course), my father grew up as Bobby Roberts, a step-child and sometimes a homeless one. His mother June worked as a maid. She picked up more side jobs after she became the breadwinner but she had two children already and this was during the Great Depression. Even for part-time maid jobs, June had competition to undercut her. And sometimes her employers didn't pay up.

When June remarried, her new husband was out of work. Despite pooling their money, they couldn't make rent. Their landlord evicted them. June had learned a lesson, though, from her previous evictions. She knew that she couldn't pay enough, so she saved her money. By the third or fourth eviction, she had developed self-preservation habits. She saved enough to move into another apartment with the first month of rent and a security deposit. She never paid the next landlord more than that if she could help it. She knew she didn't have the income to pay a steady rent anywhere and often she couldn't pay the utilities. Instead, she fed her family and saved what she could. Usually by the time she was thrown out, she had enough saved for the first month of rent and a security deposit on their next place.

On the days they were thrown out of their home, my father returned from school to find everything on the curb. Part of that time, he discovered that his toys and clothes had been stolen or given away.

Each time, June told my father that he could take nothing but his clothes. She was more sentimental about his sister, Jenny, so Jenny got to take a few dolls. His little brother Jack still had a father living with them, so Jack got to take nearly all of his things. His father packed them for him. Jack was the baby of the family and Jenny was the girl. My father felt caught in the middle.

He told me later that it was always clear that his parents didn't like him. They often told him so. With each eviction came a reminder of what that meant. His brother and sister took boxes with them, usually carried by June or her husband. My father carried his clothes by himself.

Elmira is not a big town. After June's second husband died, too, it got harder to find a place to live. Some landlords would not rent to a woman. Many of them knew about her schemes by that point anyway. Her brother, Jack Light, drove up from Baltimore in a rented car. This was a big deal. It changed all of their lives. Because Jack had come to take his sister's family back home with him.

When I grew up, my father kept telling me what a great city Baltimore was. I accepted that as a simple statement of fact. My trips to Lexington Market in Baltimore felt exciting because it was apparently the best food market in the best city in the world. 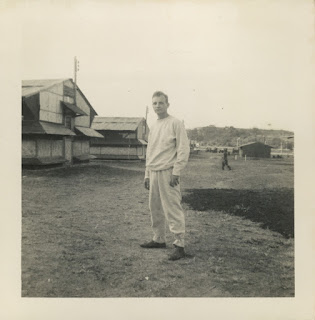 (Lexington Market in its heyday had an amazing variety of local, craft foods. Most butchers in the city had a stall in the market and they brought their freshest meats. They cut them in front of their customers, sometimes a scary process for kids but often not. The vegetables, the milk, the cheese, and even the pickles were unique. In the late 1960s, I could reliably start from an entrance door and run two blocks through a crowd of a few thousand people to a particular pickle vendor that I found by the mouthwatering smell of the barrels. Even in the mid-1970s when Lexington was losing ground to supermarkets, the freshness of the food was impossible to match. Nowadays, that's still true. The close-to-the-farm distribution style no longer exists. Once, when I was fourteen, I helped pack and then unpack sandwich steaks that a butcher had cut extra thin for my father. Three of the steaks never made it to the freezer. The smell had been driving me crazy. I ate them raw on the way into the house. My father was basically right about Lexington Market. It kicked ass.)

The market aside, my father's sentiments for Baltimore didn't make sense to me even as I accepted them. Only later did I realize what the city had meant. His uncle Jack had taken him from sometimes-homelessness to a brick rowhouse with his own half-room, from being told by his parents that they didn't like him to being told by his uncle that he was fine, from having his comic books thrown out every few months to being able to collect things, even coins, without someone stealing them. (Well, except for his brother Jack, who, as younger siblings sometimes do, helped himself to the collections and spent the coins when my father was in Korea.) 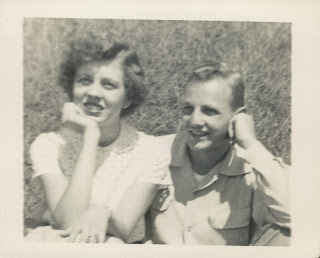 Before Baltimore, my father's attendance at schools had been haphazard. Fortunately, he had turned to reading to escape the realities of his life. His self-teaching proved to be just barely enough to make it into City College. (City College, despite its name, was and is a prestigious public high school.) He ran on the high school track team, idolized the football players and decathletes, traveled after school on foot with other boys to stare in awe at the local bouncer who played for the Baltimore Colts, and mostly enjoyed himself except for the long-running feud with his mother. A few months before he turned seventeen, North Korea invaded South Korea. My father responded by walking into his local recruiting station.