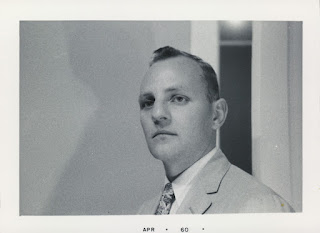 After College
My father's job with IBM started while he was taking classes. It didn't even last the school year. As with his other positions, he grew dissatisfied. Eventually, he decided to re-grow his beard. Since he could could grow a pretty full beard in about four days, it didn't take long for his IBM boss to realize this was trouble. IBM did not permit beards.

There was a long list of what the company did not permit. This was an age in which businessmen scolded one another for not wearing sock garters. At IBM, business suits were required. So were shirts with starched colors, and thin, one-color ties. Socks had to match. Haircuts were standard length. Men had to be clean-shaven. All of these things were well-known. 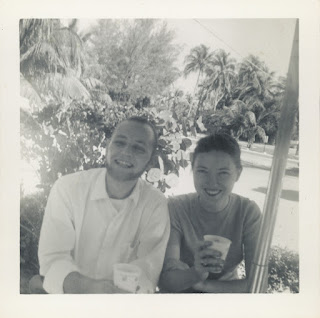 Every day, my father came to work in a beard. He worked well. Every day, his boss insisted that he shave. He refused. Finally, a vice-president passed through the offices and saw him. Word got passed down through the layers of management to "fix the situation." His boss called him in and issued an ultimatum: shave right now or get fired.

My father didn't shave. In fact, since he was incensed by the dress code and by the ultimatum, he wrote a two-page letter to the president of the company. He defended his work and said the company was going to lose other good men by insisting on such a strict code. Of course, he never heard back.

Years later, my uncle Clinton, then a manager at IBM, got called to a training session. At a large conference hall in Lexington, Kentucky, the speakers got up and, one after another, address the need for conformity to the high standards of IBM. At one point just before lunch, the president of the company got up and gave his speech. On the overhead projector, he pointed to a letter he had received. Clinton squinted. The letter looked familiar. The speech by the president sounded as if he might be talking about someone Clinton knew. The president had his assistant flip to the next overhead. At the bottom of the page was the signature, "Robert Gallagher."

"I couldn't believe it was the same, damn letter!" Clinton said at a Thanksgiving dinner. "Bob's famous."

"What was the speech about?"

"Well, the president said your boss made a mistake in firing you."

"He said he should have persuaded you to shave your beard. Then he outlined all of the ways a manager should persuade staff to conform to the IBM way."

My father shrugged. "Oh well, then." 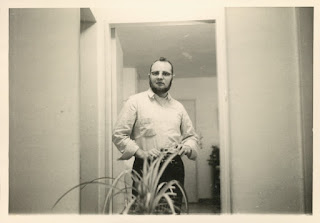