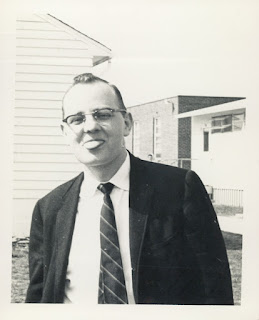 The position at IBM wasn't the only one that didn't last. After college, my father signed up to be a social worker for the City of Baltimore. Soon he left social work to join Eagle Patrol as a security officer for construction sites. His security job led to an offer from a construction company that was building the Baltimore Tunnel. The company wanted him to sell their equipment to other construction companies as soon they had finished with it. When the tunnel project wrapped up, he sold the last of the equipment and put himself out of a job.

Next, the NSA recruited him. They were looking for translators. They knew he had been trained by the Army Signal Corps. However, for this job they had him sit in an office. He spent his time translating maps.

"There couldn't be anything in the world more boring," he told me later. "I wasn't the only one who quit."

Apparently, the NSA couldn't keep map translators. Even when they lowered their standards from the college degree requirement and stopped asking for language training in advance, they couldn't keep the positions filled. In time, they learned to give the jobs more variety. They also found value in hiring workers who were desperate. But that wasn't my father.

My mother, though, was growing intense about seeing my father stay with a job for longer than a few months.

My father spent the remainder of his year selling things door to door until my mother graduated. At that point, they both signed up for teaching jobs overseas. Teaching is what my mother wanted to do for her career. The overseas posting reminded my father of bicycling through Europe, so it was a welcome compromise.

"Your mother really wanted me to find something and stick with it," he admitted later. "She needed me to make some kind of a living." 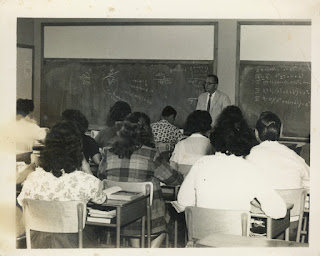 Pranks for the Memories

Just as troops get moved around from post to post, my parents discovered that the US Army moved its teachers, too. The army stationed them at a school in Heidelberg, then moved them to Bitburg. As they prepared to move out of Heidelberg in the spring, my father got the idea for a practical joke.

In Germany, April Fool's Day is a big deal. The year before my parents were stationed, the local German newspapers printed a front page article about the opening of a new subway line. They included pictures of the subway stops and a map that showed stairways down. That was the April 1 edition of the newspaper, of course. Local citizens spent a lot of time tracing the maps and finding the stops only to discover that they were only staircases to underground tunnels or to bridges across highway traffic. Americans thought it was hilarious and shared old copies of the newspaper with my father.

My parents also watched a German television re-broadcast of a documentary on the spaghetti trees of Italy. It came complete with the harvesting and drying of a spaghetti crop in Switzerland, north of the great spaghetti plantations. My father couldn't resist. He had his great idea for the army base. The best part is, his superiors had already given him official military letterhead for it.

The Heidelberg base, like other German military bases, had to prepare for spies from East Germany and for a possible Russian invasion. The possibility of nuclear war over the tensions of a divided Germany was on the minds of the officers. In the midst of such tensions, army schools struggled to secure classrooms and resources from the army. There was a rumor in Heidelberg that the army was going to move their headquarters and, as a consequence, move the schools and classrooms.

It wasn't hard to imagine the domino effects of moving the local headquarters. Lots of others had imagined it. There weren't many logical choices for buildings, either. Given that, my father made his guesses to stir up the most trouble. He wrote and re-wrote his prank until he felt it looked sufficiently official. Then he typed it on US Army School letterhead and ran off a bunch of copies.

At the top, in all capital letters, he wrote the date: APRIL 1, 1961. He typed in a lot of clues that the announcement was a joke, just in case. After he posted it on a bulletin board near the teacher lounge, he watched as people stopped by to read it. Lots of them chuckled. Obviously, he had a hit.

He posted it everywhere. All over campus, he announced the fake reorganization. Unfortunately and to his bewilderment, he saw that some people seemed to be taking the notice seriously. It was obviously a joke. The notice had all sorts of indicators including a made-up committee acronym, Federally Offensive Office Location Specialists (FOOLS) that anyone had to understand was tied to the April 1 announcement date at the top. Nevertheless, there were some people who read the notice and stomped away.

"Bob, uh, I was just in a meeting. They were pretty mad." One of his friends approached him a few days later, worried. "I didn't say anything. But Berlin is sending an army investigator."

My father had done what you can do for a harmless prank ... but what you can't do if you want to deny it. He'd told his friends in the faculty.

"The inspectors are on their way," said another teacher when he approached. "Bob, they'll be on campus tomorrow."

"What do you think I should do?" he asked the other teachers.

"We think you should volunteer to meet with them. Confess. Heck, it was a good prank."

My father waited a bit, just in case his teammates were pranking him back (a real possibility, after all) and sure enough, there did seem to be a new captain at the base on the next day. That man marched from classroom to classroom in the school. He had the same, somewhat brief conversation with every teacher. At that point, my father realized he really should volunteer. But he was teaching. He couldn't bring himself to walk out on his class. What's more, although he searched in the halls for the fellow between sessions, he couldn't find him. The officer showed up at the end of his next session.

"Mr. Gallagher," he said, "we're looking for the man who posted this notice."

He held up my father's prank announcement.

"That was me," my father admitted.

The captain raised his eyebrows. After he glanced around, he went to the door and closed it.

When he returned, he asked, "Where did you get this official stationary?"

"I typed our last edition of the faculty newsletter. I had some left over."

"Oh, that makes sense. Well, we need to sit down and talk for a minute. You'll have to get someone to watch your next class."

They made arrangements for another, somewhat flustered instructor to teach psychology. ("But I don't know anything about it." "Ask them to talk about the reading.") The captain sat down in a small office. He invited my father to do the same.

"How did you know about the buildings?" he began.

That was how my father learned that his guesses had been too right. Also, the rumors about the re-organization were true. A committee of officers in Berlin (not using the acronym FOOLS) had laid out a program of building changes. The sites they had chosen were almost identical to the ones my father had picked. All of this made it look, in fact, as if he had some sort of advance information.

"I didn't," he explained. "Look at the date on the announcement. Look at who it's from."

"That's sort of funny." The captain nodded his head over the acronym.

"Look who signed it."

"I don't recognize that officer." At the bottom, the order read 'I.N. Convenientz.' Okay, wait, I get it. That is funny."

After a few minutes more of discussion and inspection of the notice, my father pleaded again that he didn't have any connections to Berlin. He didn't know more than the concerns of the rest of the faculty. Those were the people he had been targeting.

"All right," the captain agreed. He folded his hands over the document. "I'm convinced. This was a prank."

"But I got the buildings right?"

"No, no more discussion. And no more pranks, Mr. Gallagher." 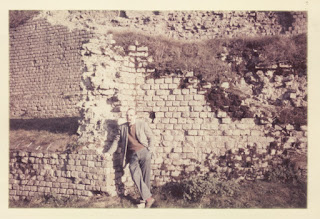